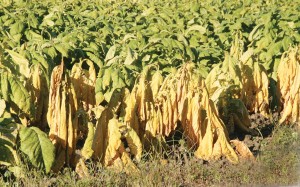 The report is in and the news isn’t good.

The report, made public on Thursday afternoon, estimated total crop losses in the county at $2,518,253.

As expected, cotton was affected the most by the heavy rainfall. The reported cotton crop loss, spread out over 13,729 acres, was estimated at $1,129,637.

Soybean losses were estimated at $312,296. Hertford County farmers combined to plant 13,346 acres of that crop this season.

The report also revealed approximately 110,000 Perdue chickens were lost due to the weather.

Additionally, the repair estimate for drainage pipes, roadways, and ruts in washed through fields was $30,000.

To the Editor: If you have seen what the NCDOT has in mind for you for intersection design for the... read more