AHOSKIE – Ridgecroft School bounced back for its third tennis win of the season Tuesday. 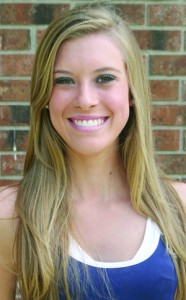 The Lady Rams defeated rival Lawrence Academy 7-2 in a varsity matchup despite losing in both the number one singles and number one doubles matchup.

Alex Riddick edged Bailey Nelson of the Lady Warriors by an 8-4 count in the battle of number two seeds and Ridgecroft’s McKenzie Quattlebaum got by Lawrence’s Alyssa Byrum 8-5. 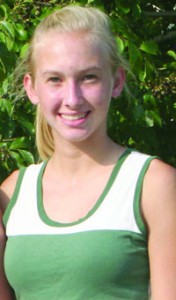 For the Lady Warriors, top-seed Hallie Corbett claimed the lone singles win as she defeated Caroline Bowman, who was back after missing two weeks for medical reasons, 8-4.

Corbett and B. Nelson also combined for an 8-4 win as the top seeded doubles team when they beat Bowman and Riddick.

Ridgecroft bounced back in the number two doubles contest when Futrell and Bryant defeated M. Nelson and Cowand by an 8-3 count. Daniels and Quattlebaum finished off the Ridgecroft victory with an 8-4 win over Lancaster and Byrum.

The win boosted Ridgecroft to 3-1 overall on the young season. The Lady Rams will be back in action today (Thursday) when they travel to Faith Christian School.

Lawrence will travel to Currituck on Tuesday.

CREEKSVILLE – Northampton-East had an idea the volleyball match would be a tense one. “When we welcomed last season’s conference... read more