Mr. Casper was born in Gates County on September 26, 1938, and was one of four children born to the late Joseph Clinton and Fannie Monds Casper. In addition to his parents, he was preceded in death by his brother, Joseph Edward Casper. 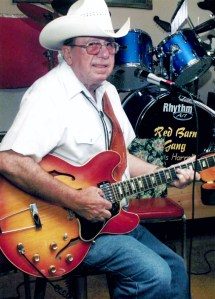 A son, brother, cousin, husband, father, grandfather, and great-grandfather, most importantly he was child of God, always professing his love for Jesus. He loved his family and friends, enjoying family functions, eating with friends on Fridays for their “catfish dinners”, and the social events and luncheons for Senior Adults at Eure Baptist Church.

Music was especially important to Wilbur. Learning to play the guitar “by ear” at a very young age, he later formed a band with some friends, naming it—“Casper and The Cut-Ups”. Among his greatest pleasures were playing at The Red Barn in Rocky Hock on Friday nights, and playing with other musical groups at charity events and special occasions.

A retired Welding Instructor, he worked with Norfolk Naval Shipyard for 30 years.

With concerns associated with the Covid-19 Pandemic, a private service at Damascus Christian Church in Sunbury is planned for the family. No formal visitation will be held, however friends may visit the family at the residence where masks and social distancing measures should be recognized.