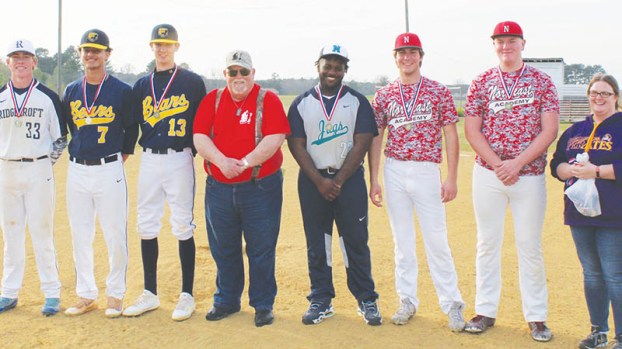 The Eagles had been seeking their fourth title in the tournament’s seven-year history; but instead, suffered their first defeat of the season.

Trevor Lee pitched a complete game and also had a three-run triple in the victory, Hertford County’s fifth in their last six games. 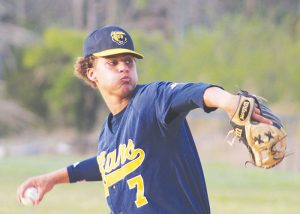 The Bears opened the scoring with a run in the bottom of the second inning as Trent Munford walked, stole second and scored on a Parker Bradley RBI single to left field for a 1-0 HCHS start.

Hertford County added five more runs in the bottom of the third as Jaylan White singled to left followed by a Tyrek Beverly base-on-balls. Both runners moved up with a double steal and White came home later on Alden Lassiter’s sacrifice fly. Evan Lassiter and Edward Bradley drew back-to-back walks to load the bases before Trevor Lee cleared them with a three-run triple into the gap in left centerfield. Munford later brought Lee home with an RBI double to left and the Bears were sitting on a 6-0 lead after three complete innings.

Northeast got on the scoreboard with its only run of the game in the top of the fourth when Brandyn Polson walked and went all the way to third when Kevin Taylor reached on an error. Polson later scored on a Jarrett Jones RBI single.

The defending champs left the rest to Lee who sat down the side in order in the seventh to get the win. He went the seven inning distance allowing a run on five hits and struck out eight.  Kevin Taylor took the loss for the Eagles as Ryan Rowe and L.J. Barnes also pitched for Northeast.

Hertford County had seven hits; one each by Lee, Munford, White, Evan Lassiter, Parker Bradley, Cameron Lassiter, and Javier Correa. Northeast had five hits; two by Rowe and one apiece from Taylor, Jones, and Landon Hurdle.

Both teams return to conference play after the Easter break. Northeast (7-1) hosts Terra Ceia Christian on Monday at 4 p.m., while Hertford County (5-8) visits Pasquotank in Elizabeth City Tuesday at 7.

LASKER – A huge first inning explosion helped propel Ridgecroft School to an 11-1 win over Northampton County in the... read more