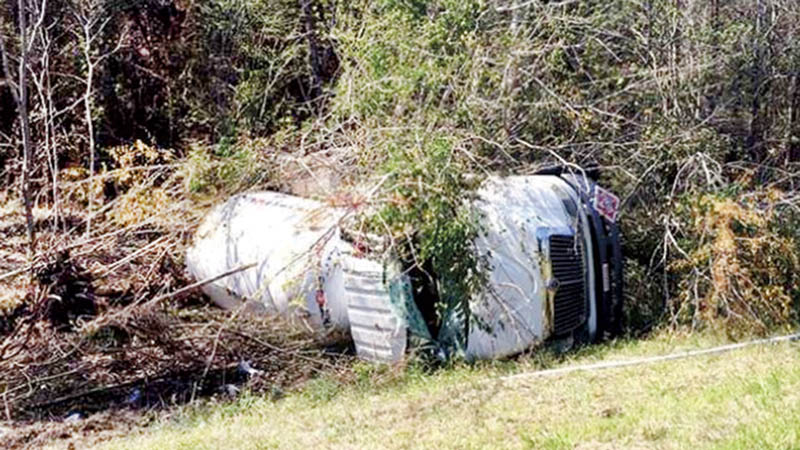 An accident involving an overturned propane truck forced the shutdown of NC 45 and the evacuation of several homes on Tuesday in the Merry Hill area of Bertie County.

Cooper says his office received word of the mishap around 10:30 a.m. and immediately went into action. The NC Department of Transportation then affected a road closure on NC 45 from 11 a.m. throughout the remainder of the day.

Cooper said the route was re-opened at 2 a.m. Wednesday morning after officials made certain all appropriate safety measures had been fulfilled and a significant clean-up of the volatile materials, as required by multiple local, state, and regional agencies, was complete.

During the closure motorists were re-routed to an alternative route of San Souci Road (State Road 1500) to Cooper Hill Road (NC Hwy 308) where it re-connects with NC 45 South as an unmarked detour.

According to Cooper, the American Red Cross assisted the displaced persons.

“They were able to put them up in a motel last night, but they did return home today,” Cooper said on Wednesday morning.

While the final accident report has not been released from the NC Highway Patrol, Midway-Merry Hill Volunteer Fire Chief Jody Sary – whose units were some of the first ones on the scene – said the truck was traveling north on Highway 45 when it somehow left the road, overturned onto its side in a ditch, releasing its volatile cargo.

“With the type of material that was involved, in this case, liquid propane, it’s the protocol to evacuate within a half-mile radius around that scene,” Cooper added.