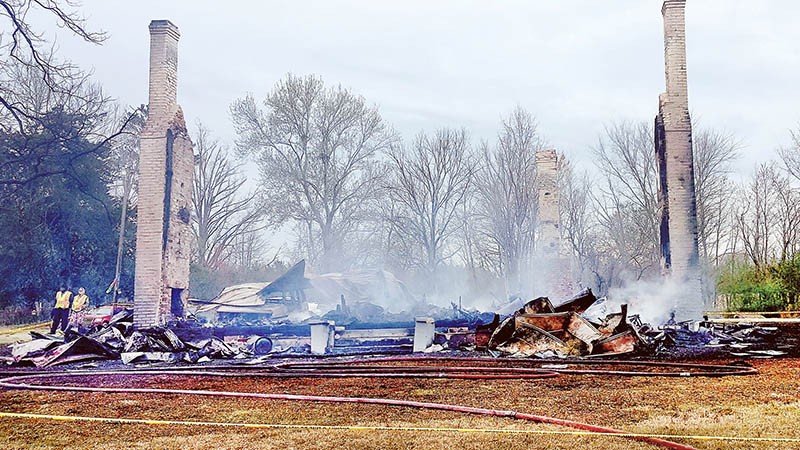 A husband and wife perished in a fire early Tuesday morning that destroyed this home on Charles Taylor Road in Bertie County. | Staff Photo by Deborah Tayloe

AULANDER – An early morning house fire near here Tuesday has claimed the lives of a Bertie County couple.

According to Bertie County Emergency Services Director Mitch Cooper, units from the Lewiston, Aulander, and Windsor Fire Departments were called out to extinguish the blaze.

Holley says he requested assistance from the North Carolina State Bureau of Investigation for more thorough findings on the inferno.

“We just want to make sure we leave no stone unturned,” said Holley. “If they don’t find anything suspicious, fine; if not, we’ve learned more in the investigation.”

Holley said his office would release more information on Thursday.