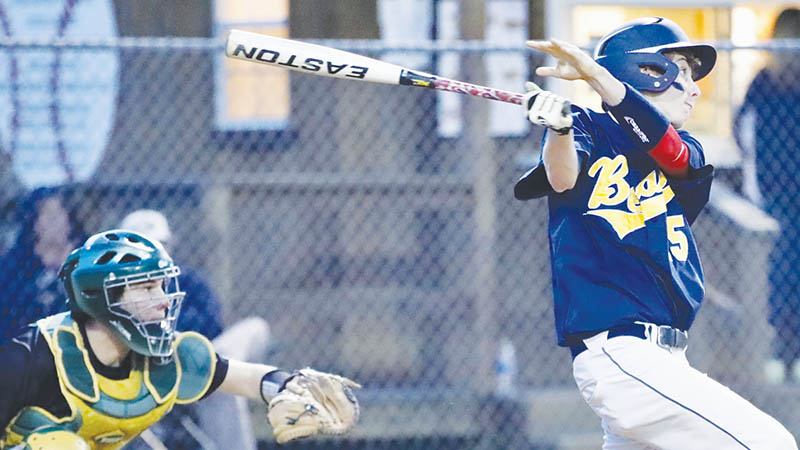 ROANOKE RAPIDS – The Yellow Jackets scored three runs in the fifth inning to power their way past Hertford County and go on to down the Bears 6-5 in a non-conference baseball game here Wednesday night.

Hertford County got on the scoreboard first with a pair of runs in the top of the first inning. Roanoke Rapids failed to answer in their half of the frame and it was 2-0, Bears, after one full inning of baseball.

The Jackets cut their deficit in half in the bottom of the second, but Hertford County remained in front 2-1 headed to the third.

After a scoreless fourth inning Roanoke Rapids rallied with what turned out to be the winning runs in the bottom of the fifth as the Jackets plated three runs off Bears starter Bradley Edwards and claimed a 4-3 lead.

Roanoke Rapids scored two more insurance runs in the bottom of the sixth inning for a 6-3 lead after six.

But the Bears weren’t done; Hertford County scored two more runs in the top of the seventh and had the tying run in scoring position, but failed to get it across the plate. The Bears came up one-run shy of their third win of the season in absorbing the loss.

Hertford County had five hits: two by Trent Munford, and base hits by Evan Lassiter, Chuck Lee, and Bradley Edwards – who also drove in a pair of runs. Gabriel Correa was credited with the other RBI for the Bears.

Bradley Edwards pitched a complete game, but was credited with the loss. Tyler Shearin picked up the win on the mound for Roanoke Rapids. He pitched six-plus strong innings and gave up just five runs. Colby Warren picked up the save by closing out the game in the seventh inning.

Hertford County is 2-7 and played at Currituck last night (Friday) in a game that ended after press-time. The Bears’ next game is another Northeastern Coastal Conference tilt: 7 p.m. Tuesday night in Elizabeth City against Pasquotank.