WINDSOR – A Colerain man will spend the rest of his life behind bars in the stabbing death of a family member.

The plea was entered during a session of Criminal Superior Court held at the Bertie Courthouse. Upon hearing the plea, presiding Senior Resident Superior Court Judge Quentin Sumner of Nash County handed down a sentence of life in prison without the possibility of parole. 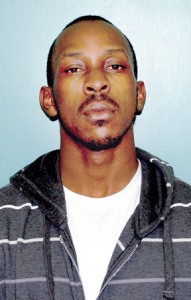 “This whole ordeal has been so difficult for the family and friends of Ms. White,” Asbell stated. “I am glad that Mr. Riddick accepted responsibility for his actions and pled guilty and spared this family the agony of a jury trial. I hope now that the family will be able to have some closure as far as the court case is concerned and we will continue to pray for Ms. White’s family during the healing process.

“I want to thank Sheriff John Holley, Detective Ed Pittman and the entire Bertie County Sheriff’s Office for their hard work on this case. I also want to thank Special Agent in Charge Anthony Jernigan of the North Carolina State Bureau of Investigation and his agents for their professionalism and excellent investigation during this case,” Asbell added.

Attorney Tonza Ruffin of Roanoke Rapids represented Riddick, who was 32-years-old at the time of his arrest and listed an address on Perrytown Road.

At the outset of the investigation into White’s death, it was believed she succumbed to injuries sustained during a fire at her residence, located at 1615 Highway 45 North. That blaze reported shortly after 8 p.m. on March 4, 2014. Upon arrival, members of the Perrytown Volunteer Fire Department found White deceased and the fire had burned the lower part of her body. That prompted a call to the Bertie County Sheriff’s Office.

“After the autopsy was performed on Ms. White, the Sheriff’s Office found out that Ms. White had multiple stab wounds which resulted in her death, not as a result of the fire as originally believed,” Asbell noted.

Riddick was developed as a suspect and was asked to take a polygraph by the North Carolina State Bureau of Investigation. Asbell said Riddick failed the polygraph and then gave a full statement to the SBI Agents. He was arrested eight days after committing the murder.

“Mr. Riddick admitted to going to Ms. White’s house and trying to steal money from her and when she did not give it to him, he took her pocketbook,” Asbell shared. “He and Ms. White struggled over the pocketbook and he stabbed her multiple times. During the altercation a kerosene heater was knocked over which started the fire.”

Shortly after Riddick’s arrest, Bertie Sheriff John Holley said White’s stab wounds were inflicted with an 8-inch kitchen knife from her home. He said a tip led to Riddick becoming a suspect in the case.

With his plea, Riddick will be returning to familiar surroundings. According to the North Carolina Department of Public Safety, Riddick was released from prison in May of 2009 after serving a five-year, five-month term for felony burglary and felony larceny. Those crimes were committed in Bertie County in late 2002. He was convicted on those charges on Aug. 13, 2003.