HOBBSVILLE – At least four individuals are sought for questioning in the Saturday morning shooting death of a Gates County man.

Gates County Sheriff Ed Webb said Calvin Bell, who resides on NC 37 near its intersection with NC 32 in the Hobbsville area, was found deceased in a field adjacent to his home. He died of a gunshot wound, the Sheriff said.

The Gates County Sheriff’s Office and the North Carolina State Bureau of Investigation are now concentrating their search for the killers based on a description of a vehicle seen leaving the murder scene at a high rate of speed. Webb said the vehicle was described as a diesel powered Ford F series crew cab truck, either tan or gold in color.

“We believe that the truck may have sustained damage when leaving the scene by striking a tree in the yard of the victim’s home,” Webb said. “That truck was last seen heading north on NC 37 towards Gatesville.

“We also received one report that the truck stopped a short distance after leaving the residence and a white male exited the truck, ran over to where the body was and then ran back to the truck,” the Sheriff stated.

Webb added that there was a report of a person operating a white colored SUV who stopped to possibly render aid to Mr. Bell, but left the scene prior to the arrival of emergency responders.

“Anyone who may saw something, to include a better description of the person in the white SUV or who may have seen the Ford truck in question, please call our office (252-357-0210),” Webb said.

Based on the investigation, which included the SBI who sent a crime scene technician to Bell’s residence, Webb said he believes the incident began with the suspects entering the home of Bell.

“The inside of the home was ransacked,” Webb noted. “We believe at some point that Mr. Bell walked in and caught the suspects in the act.”

Webb revealed there were shots fired from two different weapons, to include a shotgun, inside the residence. Shell casings from a handgun were also discovered outside the home. The shooting occurred around 9:30 a.m.

“We’re not yet at the point of our investigation where we can pinpoint if Mr. Bell was fatally wounded inside or outside his home,” Webb said. “We do have evidence that shows us that Mr. Bell ran out the back door of his home, turned right, and ran about 50 yards before collapsing in a farm field adjacent to his home.”

Webb added that Bell, a black male, lived alone. He has a son stationed overseas in the military. 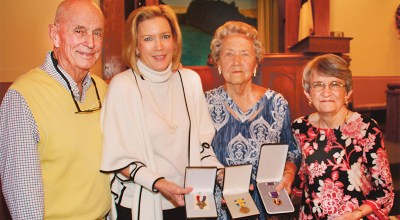