Caught in the act

AULANDER – A growing problem in Bertie County and throughout the state took at least a little hit this week. 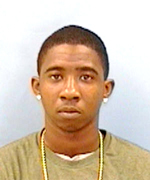 The Bertie County Sheriff’s Office arrested two men for the theft of air conditioners at L&M Printing on N.C. 305 near Aulander.

Fernando Alphonzo Mickens, 42, of Cedar Street in Aulander and Douglas Harrell, 24, of the same address, were arrested and charged with felony larceny, possession of stolen property and injury to personal property.

They were placed in the Bertie-Martin Regional Jail, each under a $25,000 secured bond.

“They were caught in the act,” Bertie County Sheriff John Holley said. “Unfortunately, this is a growing problem for us. Culprits are stealing air conditioners from churches and places like that.” 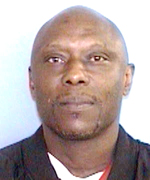 “They are stealing and tearing up a $3,000 air conditioner and getting maybe $150 out of it,” Holley said. “We have been discussing this problem in the sheriff’s conference.”

While the problem has been growing, Det. Naomi Wiggins was able to take out charges on the two men who were caught at L&M Printing.

“Anytime someone is stealing something it bothers me,” Holley said. “Stealing air conditioners from churches has to be the low of the low.”

Holley suggested that churches and those around the buildings keep an eye out for anything unusual. If they have concerns, he invited them to call the Bertie County Sheriff’s Office at 794-5330.