ASKEWVILLE – A Bertie County woman has been charged with felony abuse after an investigation.

Bertie County Sheriff John Holley said his office received a call from Bertie Memorial Hospital in reference to a 71-year-old patient who was suffering from neglect. 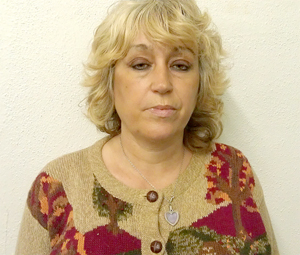 Deputies Antoine Hoo and Chris Leggett reported to Bertie Memorial and investigated the situation when it was reported in September.  According to a report filed by the officers, the victim was found to have suffered injuries to her back, under her arms and in her vaginal area due to neglect.

The officers spoke with treating physicians of the victim and were told the injuries were consistent with neglect that would have lasted nearly a month.

Beacham turned herself in to Bertie County Sheriff’s Det. Dwayne Outlaw on Oct. 27. She was arrested and placed under a $10,000 secured bond on a charge of felony abuse of a disabled or elderly person with serious injury. Her first appearance in court will be Wednesday.

“This is an unfortunate situation,” Holley said.