One jailed, another sought in brutal beating

LEWISTON-WOODVILLE – One person is under arrest and another is being sought following the brutal beating of a Martin County man here late Sunday afternoon.

According to Lewiston-Woodville Police Chief B. Winston Panton, 20-year-old Demarcus Lee Draughn of Hamilton was arrested Thursday after he voluntarily surrendered at the town’s police office. 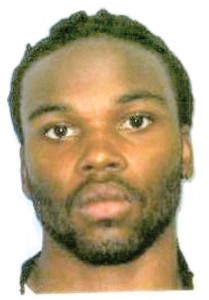 Arrest warrants have been issued for Lester H. Watson of Lewiston-Woodville.

Draughn was charged with one felony count of robbery with a dangerous weapon and one misdemeanor count of assault and battery. He was taken to the Bertie-Martin Regional Jail under a $20,000 cash bond. His first court appearance is scheduled for Nov. 3 in Bertie District Court.

Meanwhile, 23-year-old Lester Horrace Watson of Mitchell Street in Lewiston-Woodville is sought by Panton in the assault case. Arrest warrants have been issued for one felony count of robbery with a dangerous weapon and one misdemeanor count of assault and battery as well as felony counts of assault inflicting serious bodily injury and assault by pointing a gun and a misdemeanor charge of communicating threats.

According to Panton, the victim, Xavier Williams of Hamilton, was asked by Draughn to accompany him to Lewiston-Woodville on Oct. 23. Upon their arrival, the two Martin County men stopped near a residence on Lake Drive. There, Williams remained in the vehicle while Draughn joined several other men in a game of dice.

Approximately 20 minutes later, Williams was accosted by Watson and was severely beaten about the head and face with a handgun. Williams, still inside the vehicle at this time, attempted to escape through the driver’s side door. He tripped, and Watson allegedly continued his physical assault.

Panton said Williams was then robbed of $815 in cash plus several items of personal jewelry.

Williams left the area with Draughn en route back to Martin County. Panton said Williams was picked-up by a relative, taken back to his home and was later transported by rescue to Martin County General Hospital in Williamston.

“We’re asking for the public’s help in locating Mr. Lester Watson,” Panton said. “Anyone with information on his whereabouts can contact 252-348-2499 or the Bertie Sheriff’s Office at 252-794-5330. Do not approach Mr. Watson as we believe him to be armed and dangerous.”

Watson is described as a black male, approximately 5’8” and weighing 150 pounds.

Corinth Holders High School Assistant Principal Chase Ferrell points to one of the features of his school while Bertie County... read more