One day later, two individuals had filed for two of the three seats available during the 2021 election cycle for municipalities. 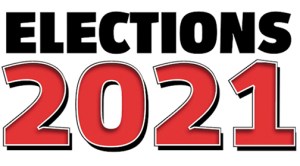 According to the Bertie County Board of Elections, incumbent Lewiston Woodville Mayor James Earl Pugh filed for reelection. Also filing on Tuesday was Lee Owens who is seeking the Woodville District seat on the Town Council. That seat is currently held by Council member June Jernigan.

Filing for positions on the Lewiston Woodville Town Council continues until 12 noon on Aug. 13. The filing fee is $5.