Lewiston-Woodville Police Chief B. Winston Panton has drawn warrants for the arrest of Robert Lee Cofield of 417 Drew Ave. in Rich Square. Those warrants charge Cofield with seven felony counts of statutory rape. 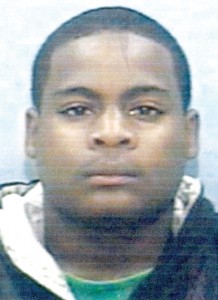 “We need to get this man off the street; he is a predator to young girls,” Chief Panton said.

The alleged sexual offenses occurred between Aug. 15 and Sept. 20, according to information Panton said was provided by the victim. At the time of the offenses, the defendant was at least six years older the victim and was not lawfully married to the victim.

Panton, who is heading the investigation, is asking for the public’s assistance in finding Cofield. Those with information can contact Panton at 252-348-2499 or the Bertie County Sheriff’s Office at 252-794-5330.