DONALSONVILLE, GA – He was a small town man who took pride in being a friend to all he met. 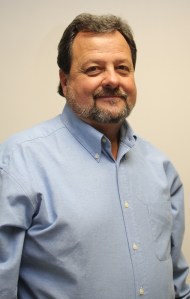 “Joe was easygoing, the type of person that you could warm up to right from the start,” said Cal Bryant, Editor of Roanoke-Chowan Publications. “He was that way with everyone he met.

“Professionally, Roanoke-Chowan Publications did quite well under Joe’s leadership,” Bryant added. “We were able to grow our readership and his broad vision was one of the reasons that our magazine, which was only in its third year when he arrived in Ahoskie, was able to expand.

“My heart hurt upon learning the sad news that Joe passed away this past weekend. But his legacy lives on through his wife, his children, and his grandchildren. And it lives on within the hearts and souls of the many lives he touched along the way, to include those of us here at Roanoke-Chowan Publications,” Bryant concluded.

“It was with great sadness that I learned of Joe’s passing. He was an all around great publisher and person. My sincere condolences go to Debbie and their family. He will be missed,” stated Judy Farmer, Advertising Manager and Marketing Consultant with Roanoke-Chowan Publications.

When he first arrived in Ahoskie in 2011, Cowart noted the similarities of northeastern North Carolina and southwestern Georgia.

“Ahoskie was very much like home…a small agricultural town that grew peanuts, cotton and corn,” Cowart stated in a Dec. 11, 2011 news article upon his arrival at Roanoke-Chowan Publications. “When we first arrived here, we found it very similar to our home in South Georgia: a small, rural town in the corner of a state whose main industry is agriculture; not far from the coast, with plenty of fishing waters close by. Those of you who know me know how I love fishing and the great outdoors.”

Once he settled in, Cowart and his wife, Debbie – both with their “down home” small town qualities – quickly fit in. Joe became extremely active in the Ahoskie Chamber of Commerce, serving on its Board of Directors, while Debbie joined the Chamber’s Auxiliary. Joe was also was involved with the Ahoskie Rotary Club, the Ahoskie Historical Board, and other groups and committees.

Joe Cowart was forced to retire early due to medical reasons. He and Debbie returned to southwest Georgia in July of 2013 where he spent the past nine-plus years doing the things he most enjoyed – fishing, gardening, grilling, watching Georgia Bulldogs football, and spending time with his family.

A memorial service is scheduled for 11 a.m. on Saturday, Jan. 7 at Bryant Funeral Home Chapel in Bainbridge, GA.