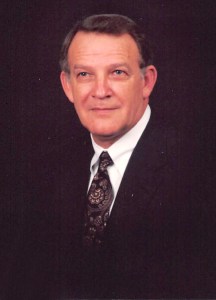 Mr. Futrell was born in Northampton County, NC, on September 18, 1943, a son of the late Kelly C. and Margaret Futrell. Larry was employed at Union Camp Corporation, on February 14, 1965. He started off in the sheet finishing plant and ended his career as a welder in the maintenance department. Union Camp was sold to International Paper Company where he retired after 40 years of service. He was an active member of Murfreesboro Baptist Church, where he participated in the choir and Sunday school.

Larry lived a very active life; some of the things he enjoyed included playing guitar with the Potecasi Band, riding horses with his grandchildren, and fishing with his brother-in-law and friends. He also enjoyed many sports, but especially traveling to see his granddaughters play soccer. Larry enjoyed painting, karate, traveling with his wife, Earlene and friends, and spending time with his family at Lake Gaston.

The family will receive friends on Tuesday, December 20, 2022 from 6:30-8 p.m. at Garrett-Sykes Memorial Chapel, Murfreesboro, NC

A celebration of life service will be held on Wednesday, December 21, 2022 at 11 a.m. at the Murfreesboro Baptist Church, Murfreesboro, NC, with Rev. Dr. Rick Bailey, officiating. Burial will follow in Riverside Cemetery, Murfreesboro, NC.

In lieu of flowers, the family requests memorial donations be made directly to Murfreesboro Baptist Church, 200 West Main Street, Murfreesboro, NC; or you may donate online by visiting www.tmcfunding.com/search; type Larry Futrell.

Garrett-Sykes Memorial Chapel is handling the arrangements for the Futrell family and online condolences can be directed to the family by visiting, www.garrettsykesfs.com.