AHOSKIE – Following a 24-month absence, David Shields will return to the Hertford County Board of Education. 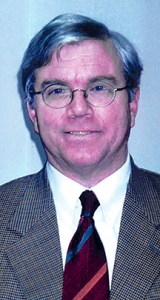 While the results of Tuesday’s General Election remain unofficial, Shields topped a field of five candidates seeking the three seats up for grabs this year on the county’s school board.

Shields, who previously served for 20 years on the local school board, finished third in the 2020 election, one where only the top two vote-getters (Eddie Hall and J. Wendell Hall) earned new terms. The 2020 school board election attracted seven candidates for the two seats.

This time around, Shields used a strong showing during the early voting period (One-Stop) and on election day itself to reclaim his seat on the school board. Shields topped the One-Stop balloting with 1,790 votes and followed that up with 1,758 votes on Tuesday. He was also named on 83 absentee by mail ballots.

Porter and Deloatch followed a similar path to the top.

Porter, currently the chair of the Hertford County Board of Education, received the second-highest number of One-Stop votes (1,724) and added 1,683 on election day. She also was named on 101 absentee by mail ballots.

Deloatch placed third in the One-Stop balloting (1,530), but led the field on election day where he received 1,818 votes. The long-time school board incumbent was named on 100 absentee by mail ballots.

Parker, a political newcomer, faired well in her first-ever election. She received 1,243 votes on Tuesday, 1,183 via One-Stop, and was named on 38 absentee by mail ballots.

Carey had 826 votes on Tuesday, 621 votes during One-Stop, and received 38 absentee by mail votes.

Hertford County voters also cast ballots during this election cycle for two seats on the Board of Commissioners as well as for Clerk of Superior Court and Sheriff. None of those seats were contested this year.

Incumbent Sheriff Dexter Hayes received the highest number of votes (5,541) of any candidate on the ballot. Shirley Gatling, the incumbent Clerk of Superior Court, also broke the 5,000-vote threshold (5,023).

The only other local election on the 2022 ballot was for Hertford County Soil & Water Conservation District Supervisor. David Simons (4,258 votes) and C. Gray Pierce (3,829) were elected.

All results are unofficial until the Hertford County Board of Elections performs its required canvass of those numbers next week.