After the general election results from Nov. 8, many in the Roanoke-Chowan area will have new faces representing them at the state and federal level. Many of these changes were the results of redistricting, shuffling some constituents into different districts than before. 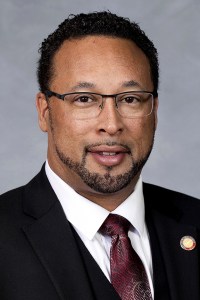 Howard Hunter III, a four-term incumbent Democrat representing the 5th District in the NC House of Representatives, lost his bid for reelection, according to unofficial results from Election Day. With redrawn maps, District 5 covers Hertford, Gates, Pasquotank, and Camden counties.

Republican challenger Bill Ward received 15,683 votes and carried three of the four counties in the district. Hunter received 13,375 votes, performing well in his home county of Hertford but it wasn’t enough to win another term in Raleigh.

“It appears that my supporters were content to get out and vote during One-Stop, but our numbers were down on Tuesday,” Hunter told the Roanoke-Chowan News-Herald. “The outcome is what it is, but I feel good about my campaign effort. I stayed positive; I never hit below the belt. I can look at myself in the mirror and feel good about running a clean campaign. I didn’t sling the dirt that was slung at me.”

Hunter stressed his concern about all the work he has done to bring state dollars into the 5th District during his eight years in the General Assembly.

“I fought long and hard about bringing the [SBI] Crime Lab office to our District [Elizabeth City] and I wound up losing Pasquotank County,” Hunter noted. “I’m now lobbying hard for $600,000 for new hangers at Tri-County Airport. Is that now a lost cause? I’ll have to rely on Michael [Wray] to fight that battle.”

As for his political future, Hunter stated he would take some time to weigh his options.

“I’m trying to figure out if I will run again,” Hunter stated. “God will not close any doors and I hope something bigger and better will come along. I always voted for what those in my district wanted, not what the [Democrat] party wanted. I proved that working together works. It’s time for folks to wake up and realize that. Northeastern North Carolina is in my heart.”

Bertie County voters were included in NC House of Representatives District 23 this year, along with Martin and Edgecombe counties. Democrat Shelly Willingham prevailed over Republican candidate James Crowell Proctor, with a vote total of 16,407 to 13,763.

The largest number of votes in the district were cast in Edgecombe County, but within Bertie County, voters tallied 3,411 votes for Willingham compared to 2,804 for Proctor. During the One-Stop early voting period, Willingham received just over 10,000 of her total votes.

Unlike other local NC House races, the incumbent candidate in District 27, Michael H. Wray managed to secure his seat for a 10th term. The long-serving Democrat received 18,036 votes compared to his Republican challenger, Wes Tripp, whose total was 11,323. 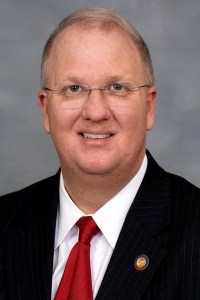 NC House District 27 covers Northampton, Halifax, and Warren counties. Wray carried each of these counties – including his home county of Northampton – by a margin of over 60 percent of the vote. Wray also had a strong lead from One-Stop early voting where he received 10,257 votes compared to Tripp’s 4,331.

In a press release on Wednesday, Wray said, “It is a great honor to serve the people of Northampton, Halifax, and Warren counties. I look forward to working with my colleagues to advance a common-sense agenda for the people of my district and the State of North Carolina.”

“I have spoken this morning with the Governor [Roy Cooper] and with Speaker [Tim] Moore,” he continued. “I have assured both that I look forward to working with them to address critical issues like access to affordable healthcare; the expansion of high-speed internet in rural areas of our state; and strengthening our public education system so students get the skills they need to be productive, prosperous, successful citizens.”

He concluded by promising to continue to work across party lines to advance a public policy agenda that is good for the people.

Republican candidate Bobby Hanig came out ahead of Democrat Valerie Jordan. Hanig received 37,822 votes to Jordan’s 34,146. Each candidate carried five counties, with Jordan – who is from Warren County – more successful in the western counties of the district and Hanig – from Currituck County – receiving more votes in the eastern counties. Like many other Democrat candidates, Jordan received more votes than her opponent during One-Stop early voting, but Hanig prevailed in turning out more supporters on Election Day.

Hanig, who previously served in the NC House, said in a press release, “I want to thank the voters across Northeastern North Carolina for placing their trust in me to be their voice in the State Senate. For those who did not support me, I hope to earn your support as your State Senator. I’m going to Raleigh to focus on fighting inflation, creating jobs, giving parents education rights, and working with law enforcement to fight crime.”

Federal races on the ballot in North Carolina included those for US Senate and US House of Representatives.

Maps were also redrawn for US House districts but all local counties were still included in District 1, which spans 19 total counties in the northeastern part of the state. Representative G.K. Butterfield previously served in that seat, but opted to retire instead of running for reelection.

Democrat candidate Don Davis secured his victory to represent District 1 with a total of 133,729 votes. His challenger, Republican candidate Sandy Smith, received 122,128 votes. Davis did well in three out of four local counties, receiving 56 percent of votes in Northampton and Bertie counties and 63 percent of the vote in Hertford County. In Gates County, however, 57 percent of ballots cast were for Smith.

In a press release after the election, Davis stated, “I ran for Congress because I know what eastern North Carolina families face. We’ve often felt left behind or, worse, forgotten. I’ve spent my career serving the people of eastern North Carolina, and I am honored and humbled that voters have put their trust in me again. My top priority is fighting for eastern North Carolina and rural America, ensuring we are not forgotten and finally get our fair share. As your Congressman, I will work to that end each day.”

Davis, whose hometown is Snow Hill, previously served in the NC General Assembly to represent Pitt and Greene counties.

In the statewide race for US Senate, Republican Ted Budd came out on top with over 1.8 million votes, carrying many counties across the state to include Gates County locally. His Democrat opponent, Cheri Beasley, fell short with 1.7 million votes, but did well in Hertford (63 percent), Bertie (54 percent), and Northampton (54 percent) counties.

Gates County is included in District Attorney District 1 where Republican Jeff Cruden was the sole candidate in the race. He received 43,684 votes.

All results are unofficial until canvassed by the county boards of elections.