MURFREESBORO – Driving violations on Main Street in Murfreesboro eventually led to a man’s arrest for drug possession and a host of other charges on Oct. 31. 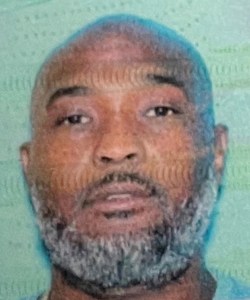 The initial incident occurred just after 5 p.m. on Monday evening, according to Murfreesboro Police Chief David Griffith who witnessed the driver illegally passing multiple cars in the turn lane on Main Street near El Ranchero restaurant.

“People were already starting to gather on Main Street and get set up for Halloween. It was a very busy time in Murfreesboro,” Griffith explained.

Griffith said he stopped the driver, identified as Joseph Dickens of Murfreesboro, for the passing violations. Dickens was asked by Griffith to step out of the vehicle, and did so, but then jumped back in and took off.

“A short chase ensued,” Griffith stated. “He was operating his vehicle at a high rate of speed.”

The suspect then abandoned his vehicle and fled into the woods, where he later surrendered to arrest.

“Upon the initial traffic stop, I had noticed that he had a bookbag in his passenger seat. It was black with red accents. Upon [another] search, there was no bookbag in the vehicle,” Griffith reported.

That’s when Griffith called in for assistance from the Ahoskie Police Department to search the densely wooded area. APD Sgt. Tyler Burden and K-9 Thor were able to locate a small bag of marijuana as well as the bookbag, which contained 92.2 grams (3.25 ounces) of cocaine along with identifying documents with the suspect’s name on them. The police also seized a large amount of cash and the vehicle.

Dickens was taken to the Hertford County Jail and was charged with Trafficking in Cocaine, Felony Possession of Cocaine, Possession with Intent to Sell and Distribute Cocaine, Maintain a Vehicle to Keep a Controlled Substance, Resist/Delay/Obstruct, Possession of Marijuana, Flee to Elude Arrest, Failure to Heed Blue Lights and Siren, and the initial passing violation.

Griffith thanked MPD Sgt. Burke and Officer Jordan for their quick assistance, as well as the Ahoskie Police Department.

“It was a team effort to take down another drug dealer,” he said. “Our goal is to take as many drug dealers off the streets as we can. From the simplest $10 rock to this amount right here, it doesn’t matter the amount. We want to take every illegal substance we can off the street.”

“It was a busy time of night, and we’re just thankful it ended the way it did,” Griffith concluded.