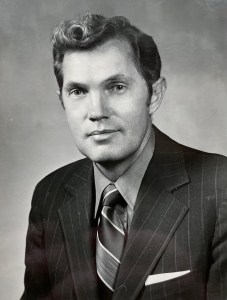 Born on October 19, 1931 in Blackville, SC, he was the son of the late Sam B. and Eva E. Hutto. A graduate of Blackville High School, he attended Columbia Commercial College, Columbia, SC, prior to entering the U.S. Navy in 1951, serving until February 1955. After being honorably discharged from the U.S. Navy, he returned to Columbia, SC and entered the University of South Carolina.

Tom began his banking career in Charlotte, NC with First Union National Bank, transferring to Elizabeth City in 1971. In April 1976, he was chosen Chief Executive Officer of Farmers Bank of Sunbury, Sunbury, and later advanced to President of the bank, merging with First Citizens Bank in 1985.

In addition to his parents, he was preceded in death by four brothers, Sam B Hutto, Jr., Harry A. Hutto, Clyde F. Hutto and Ronnie L. Hutto, and two sisters, Barbara Ann Moore and Betty Jean H. Muns.

In honor of his request, there will be no funeral or memorial service held.

In lieu of flowers, memorial contributions in his memory may be made to the Food Bank of the Albemarle.

The family would like to express their deep appreciation to the healthcare providers of Albemarle Home Care and Hospice, particularly to Bennica L. Privott, their special angel whose genuine compassion and support held them all together.