CONWAY, NC – Jessie Mae Warren passed away on Tuesday, October 11, 2022 surrounded by her beloved family. She was born on May 27, 1936 and preceded in death by her parents, Ruth and Jesse Davis. 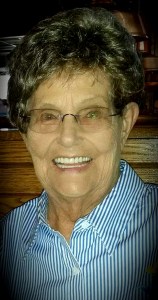 She is survived by her husband, Raymond Warren. They have been sweethearts since high school and would be celebrating their 67th wedding anniversary on November 2, 2022. She also leaves behind her daughter and son-in-law, Gwen and Richard Davis; and her grandson, Michael Davis, whom she adored.

After marriage, Jessie Mae served as an Army wife while stationed in Germany for two years. Upon returning to the States, she worked at Union Camp for five years. She then owned her own florist so she could be at home while her daughter was young. She also worked at Davis Auto Company. After building their second home in Kitty Hawk, NC, she founded and operated Jessie’s Cleaning Service for 30 years.

Graveside services will be held at 11:00 am on Friday, October 14, 2022 at Conway Cemetery in Conway, NC. Pastor Michael Futrell, her great-nephew, will be officiating the service.

The family is unable to have an official visitation at this time but welcome family and friends to attend the service or view her at Askew Funeral Service in Jackson, practicing social distancing.