ASHEBORO, NC – Cecille Liverman Waters, a loving wife of 53 years to Merrill Waters, and a wonderful mother to daughters, Wendie and Sara, passed away after a long and courageous battle with cancer on Thursday, October 6, 2022 at Randolph Hospice House. 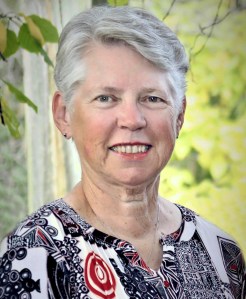 Mrs. Waters was born at home in Murfreesboro, NC on March 4, 1949 to the late Hazel F. and Cecil J. Liverman. She graduated from Murfreesboro High School and Chowan College, working as a legal secretary for Carlton Cherry and Stuart Curtis before beginning a career with the State Employees Credit Union from which she retired in May 2018.

Through the years, Cecille generously shared her talents as an accomplished cook while family and friends benefited from her intricate needlework. After retirement she assisted her husband with his business and enjoyed working in her yard. She also loved camping at the beach and riding her Harley Trike in the Blue Ridge Mountains.

Having been reared in the fellowship of Meherrin Baptist in Murfreesboro, NC, after her marriage she joined Powellsville Baptist in Powellsville, NC, where she served as Sunday School Secretary, leader for the GAs and Acteens, and on the Social Committee. While in Powellsville, she was also very active in the Powellsville Volunteer Fire Department Ladies Auxiliary.

In 2015, she and Merrill relocated to Randolph County, NC, between Asheboro and Denton, to be near their children and grandchildren. At that time, she joined Cross Road Baptist in Asheboro, NC, and served on the Fellowship Team.

Cecille had an extremely full life as a beloved daughter, wife, mother, Mema, sister, and friend to many. She met Merrill while in high school and their first date was on August 28, 1965, a date they continued to celebrate each year of their marriage. They were married on December 28, 1969 in Meherrin Baptist Church and celebrated their 50th Anniversary at Cross Road Baptist Church with their family and their many old and new friends.

To cherish her memory, Cecille is survived by her devoted husband, E. Merrill Waters of the home; daughters, Wendie W. Emerson (Dan) of Asheboro, NC, and Sara W. Saunders of Madison, NC; three grandchildren, McKenzie and Tallie Emerson, and Fisher Saunders; and a sister, Laura L. Olmstead of Rolesville, NC. She is also survived by a niece, a nephew, cousins, and many friends.

Cecille’s family would like to thank everyone for all of their prayers, cards, visits, meals and well wishes throughout her illness. She was grateful for everyone that thought of her and took time to be a blessing to her and her family.

Pugh Funeral Home in Asheboro is serving the family. Please share remembrances and condolences at www.pughfuneralhome.com.