MURFREESBORO – With basketball season just around the corner here at Chowan University, Coach Rob Burke is bringing back a family “tradition”. The Blue White scrimmage will take place on Saturday, October 15. 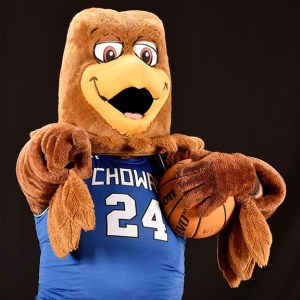 The Blue White scrimmage was a staple under legendary Coach Bob Burke.

“This is a great opportunity for our local fans to get a taste of our returning group and get a first look at some of the new pieces we’ve added,” stated Rob Burke, the son of the legendary coach who is now in his second season at the helm of Chowan’s men’s basketball program.

“We are much farther along at this particular time compared to last year and I am excited with the progress that our players have made, and they are clearly committed to doing the little things that it takes to be successful,” he added.

Under Rob Burke’s leadership in 2021-2022, the Hawks started slow, before finishing the regular season on an 8-8 streak. The Hawks return nine players from last season, including leading scorer Christian Koonce and local product Daylan Askew. The Blue and White have added seven newcomers.

Tipoff for Saturday’s scrimmage is slated for 10:15 am and will be open to the public free of charge.