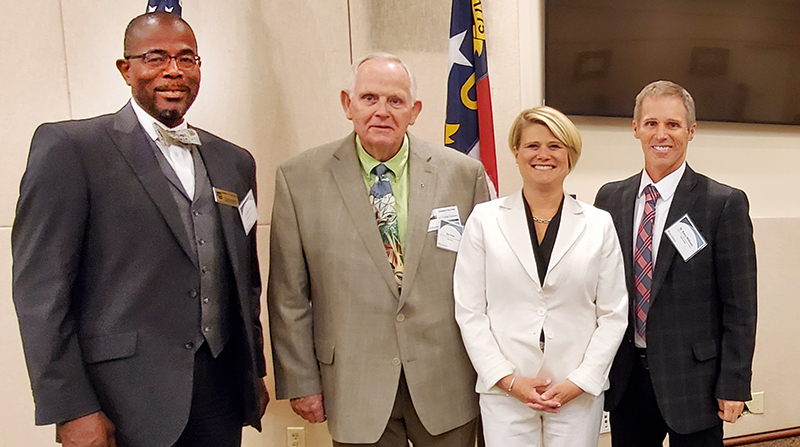 GATESVILLE – For the third time since 2018, Gates County will benefit from state funding to renovate one of its public schools.

In this funding cycle, the county’s school district applied for three grants totaling $14 million. It was awarded one grant: the Gates County High School Addition and Renovation Project for $9.8 million.

With the grant awarded to Gates County Schools, the district will renovate the existing high school and build a new addition. Renovations to Gates County High School include:

The replacement of all single pane metal framed windows with energy efficient windows,

Interior painting of the entire school,

Full renovation of the science labs/classrooms, and

The new addition will enhance the entrance and front view of the high school and will include multiple classrooms, including regular classrooms, music/band classroom, art classroom, and NNDCC suite and restrooms.

The new addition will also allow for the removal of the mobile classrooms, according to Johnny Greene, Director of Maintenance.

“We continue to pursue grants to enhance and upgrade the schools in Gates County,” stated Dr. Williams. “I am excited to begin the process of making the much needed improvements and adding a new addition to the high school.”

In regard to the funding, Dr. Williams stated, “I am also very pleased that we are a school district that is not required to provide matching funds. Some counties awarded funds through NBPSCF grants must provide a five percent or 10 percent match, so we are fortunate in that aspect as this grant comes to us at no expense to the county and our citizens.”

Dr. Williams stressed there are two other NBPSCF grants that he will continue to seek.

“We will be vigilant in continuing to submit grant applications to acquire the funding needed for improvements to T.S. Cooper Elementary and Buckland Elementary,” he said. “I am truly appreciative of the award made to Gates County Schools and am hopeful that we will see more awards such as this in the near future.”

“Many students in North Carolina attend schools built decades ago,” said State Superintendent Catherine Truitt. “These grants are paying for schools designed and built for the 21st century. Today’s students, regardless of where they live and attend school, deserve nothing less.”

Robert Taylor, Deputy State Superintendent for School and Student Advancement, said that with the nearly $400 million awarded this past spring to 28 school districts, and the more than $300 million to an additional nine districts on Monday of this week, the state has surpassed a billion dollars in funding for improvements to school facilities in recent years.

“As a former superintendent of a rural school district, I know how important these dollars are to the communities receiving them,” Taylor said. “It’s an investment by the state that will pay dividends into the future for many thousands of students and educators.”

In May of last year, Gates County Schools was awarded a $1.78 million NBPSCF grant for the Gatesville Elementary School Renovations Project.

In June of 2018, Dr. Williams applied for NBPSCF grant funding for the renovation of Central Middle School. That effort scored $2.5 million in state funding that was combined with an $8.2 million loan that the county commissioners approved to broaden the scope of a $10.7 million project that totally transformed that historic school.