Raymond was born in Hertford County on May 14, 1968, and was the son of the late Curtis Stallings Eure and Betty Lou Hassell Eure. 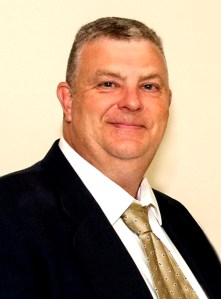 He obtained his Basic Law Enforcement Training at Coastal Plains Law Enforcement Training Center-Wilson Community College then continued his education at Pitt Community College. He obtained his Senior Level Management Training at Coastal Plains Law Enforcement Training Center, and acquired The Advanced Law Enforcement Certification which is the highest award given to Law Enforcement. Raymond acted as FBI Task Force Commander under Operation Wildfire. He acquired an enormous amount of accolades, awards, and certifications over the years. He taught hundreds, if not thousands of officers in NC and VA as well as teaching at the Organized Crime Drug Enforcement Task-force Conference at Sunset Beach, NC for numerous years for the US Attorney’s Office. All accolades were very special to him but being awarded The Order of the Long Leaf Pine in 2016 was a most proud accomplishment. Raymond spent a lot of his life with this extended family, but his pride and joy was his son, Carter and his family. His fondest times with Carter, Chloe, Case and Reed were spent “hunting”. Nicole and he enjoyed every spare second with their precious Grand Boys. “BopBop”, as Case named him, is going to be missed soooo very much.

A member of Christian Harbor Baptist Church, he was a devout Christian and an ordained deacon. Additionally, an area of enjoyment that brought in another circle of friends and fellowship was his membership in Winton Masonic Lodge #723 where he was presently serving as Master.

The family would be remiss if they did not include the Winton Masonic Lodge Brothers whom he cherished and a host of other family and friends who are very dear to Raymond and them, as well as the family of Law Enforcement Officers from a multitude of organizations throughout North Carolina and Virginia that have been a true family over the years and have continued to support Nicole, Carter, Chloe, Case, Reed, and family through these difficult days. The brotherhood Raymond shared with these fine people was rare and so special to him and Nicole and their family and will never be forgotten. The love and respect shown to Raymond since his passing by this brotherhood by not leaving his side until reaching his final resting place is an immeasurable showing of their love and support for him and his family.

Raymond was a true one of a kind, a rare soul. He was a dedicated husband, father, BopBop, brother, uncle, brother-in-law, and friend. He was a true leader and Christian that taught so many not only by words and his wisdom but the way he led his life. Nicole and he shared a special bond and love that began 36 years ago. Please continue to keep her, Carter, Chloe, Case and Reed, and the family in your thoughts in prayers in the days ahead, as this is such a shock and difficult time.

A special thank you to all EMS, Harrellsville Volunteer Fire Dept. and ECU Health RCH personnel that assisted in Raymond’s care on the afternoon of his sudden illness and death.

A visitation for family and friends will be held Thursday, September 29, 2022 from 6-8 p.m. in Christian Harbor Baptist Church, 1426 Swains Mill Road in Harrellsville. At other times, the family is receiving friends at Carter and Chloe’s home, 112 Sunset Street, Harrellsville.

A funeral service will be held Friday, September 30, 2022 at 1 p.m. in the Christian Harbor Baptist Church, and will be conducted by his pastor, The Rev. Joe Futrell, with special memories being shared by law enforcement brothers. Masonic Rites will be accorded by the Winton Lodge. Music will be provided by Mike Vann, a special friend who grew up with Raymond. A private burial will be in the Harrellsville Cemetery.

Memorial contributions may be made to Christian Harbor Baptist Church, P.O. Box 326, Harrellsville, NC 27942 or to Winton Masonic Lodge #723.