AHOSKIE – Jeffrey Chappell Rose died peacefully at his home after a long illness on September 2, 2022. Jeff was predeceased by his parents Walter Franklin Sr. and Dorethea Chappell Rose of Ahoskie. 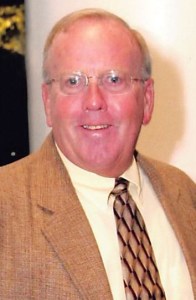 Jeff loved the outdoors and was passionate about wildlife. He loved fishing, duck hunting, tying flies, and collecting baseball cards. He was proud of his aquariums where he raised discus, a rare form of fish from the amazon. Jeff was an avid open-wheel and Indy car race fan. His favorite races were the Indy 500, as well as the Formula One races at Watkins Glen, NY, and Long Beach, CA, although he followed races globally.

Jeff was a native of Surry County but moved to Hertford County as a pre-teen. He attended schools in Hertford and Bertie County, and later, Fishburne Military Academy. Jeff attended Chowan University. His entire career was spent working for his family-owned business, Rose Brothers Paving, where he was a partner. Even with his work demands, Jeff found time to pursue his love for drawing and military history research.

There will be a celebration of Jeff’s life on October 29, 2022 at 2 p.m. at the Garrett-Sykes Funeral Service Chapel in Ahoskie, North Carolina.

Garrett-Sykes Funeral Service – Ahoskie Chapel is handling the arrangements for the Rose family and online condolences may be directed to the family by visiting www.garrettsykesfs.com.