AULANDER – One of the longest serving town mayors in the Roanoke-Chowan area is retiring from office. 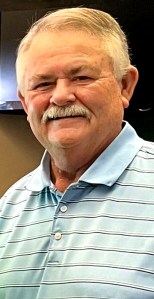 Larry Drew, who has served as Mayor for the Town of Aulander for 14 years, informed the Town Council at a meeting late last month that he will not finish out his current term in office, which ends in 2023.

“I have spent the last few weeks struggling with a very difficult decision,” Drew stated in a personal message posted Tuesday afternoon on the Town of Aulander’s Facebook page. “I have prayed for guidance and direction and I have come to the realization that the time has come for me to step away from the daily operations of the town and put the health of my wife and myself as my primary concern.”

Drew added that he has been “completely committed” to his elected position as mayor and “making a positive difference in my hometown for more than 14 years.”

“It breaks my heart that I can’t finish my term as mayor, but I know there are some really good and talented people who can continue to lead this town,” Drew stated. “With the assets that we have in our coffers today, I am certain the new leadership can make our town an even better place.”

Drew expressed his thanks for the support he has received while serving as an elected official.

“This is always a team effort; it takes everybody working together,” he stressed. “We don’t always agree but we always find a way to compromise and get the right thing done for our town and our citizens. And that’s really what it’s all about.”

The former mayor shared a message to members of the Town Council and to the town’s employees.

“I urge you to continue to strive to do the right things for the right reasons,” Drew emphasized. “If you will commit to this and remain diligent in your pursuit of doing the right thing, success will follow. So thank you for all your efforts.

“To the citizens of Aulander, it has been my pleasure and my honor to have served as your mayor for the past 14 years,” Drew concluded.

Aulander Town Council member Bryan Morings, who serves as Mayor Pro Tem, told the Roanoke-Chowan News-Herald on Thursday that he and his colleagues will follow the advice of the North Carolina League of Municipalities in selecting Drew’s replacement.

“We contacted the League and were advised to first fill the vacant seat on the Council and then go about the process of voting on one of those six Council members to fill the remainder of Mayor Drew’s unexpired term,” Morings said.

“There is no specific timetable to do that, but we want to being closure to this very soon,” added Morings, who as Mayor Pro Tem will preside over Town Council meetings until a new mayor is selected.

In closing, Morings offered praise for the work of Drew during his service to Aulander.

“Larry did a great job for this town; he will be missed,” Morings stated.