GATES – A shooting, allegedly linked to a domestic dispute near here on Sunday afternoon, resulted in one person being hospitalized and another in jail. 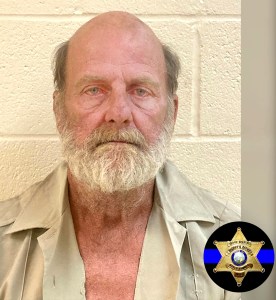 Campbell said he along with his deputies responded to a domestic dispute call on Sawyer Road, Gates. Upon arrival, deputies discovered a female victim that stated she had been shot three times by her boyfriend, identified as Hobbs. Also responding were troopers with the North Carolina State Highway Patrol.

As deputies and troopers began to render aid to the victim and secure the scene, Campbell spotted someone running through a field near the residence.

“At that time, we were not aware that the suspect was still in the area, but it looked very peculiar for someone to be running through a field near the scene of a crime,” Campbell said.

“I was at the edge of the field near the woods line and I announced by presence,” Campbell stated. “The man then stood up and I took him into custody without incident,”

Campbell said Hobbs was not armed with a weapon at the time of the arrest.

“The entire ordeal, from the time we arrived until the time of the arrest, took about 25 minutes,” Campbell said.

He added that the victim, who was airlifted to Sentara Norfolk General Hospital, remains hospitalized but is improving.

“We would like to send our most sincere gratitude to the North Carolina State Highway Patrol for assisting us with this potentially deadly situation,” Campbell said. “Being understaffed and underfunded makes incidents like these exceptionally more dangerous and challenging. We are beyond thankful that they happened to be in the area and willing to offer their help.”