AHOSKIE – A second individual is behind bars for the deadly shooting of a Murfreesboro woman near here on Aug. 17. 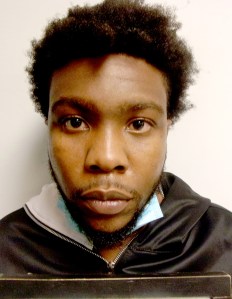 Hertford County Sheriff Dexter Hayes said 23-year-old Tamjhae Williams of Ahoskie is charged with first degree murder in the death of Angie Britt. Williams, who was arrested on Monday of this week in Greensboro, is being held without the privilege of bond in the Hertford County Detention Center.

Britt, age 54, died as the result of gunshot wounds she suffered while operating a vehicle on Boone Farm Road just outside the community of Union shortly after 11:30 a.m. on Aug. 17. Medical resuscitation efforts were performed on Britt at the scene. She was transported to ECU Roanoke-Chowan Hospital in Ahoskie where she passed away.

Later that same day, a local 16-year-old male juvenile was arrested. A juvenile petition was drawn, charging him with first degree murder. That teen is being held in the Pitt County Juvenile Detention Center in Greenville.

Hayes said the fatal shots were fired from another vehicle that was following Britt’s vehicle. He added that Britt – who had three passengers, all family members (ages 8, 10, and 16), in her vehicle at the time of the shooting – was not the target of the shooter.

“We believe the motive for the shooting is possibly gang related,” Hayes said.