Sessoms elected as Sergeant at Arms 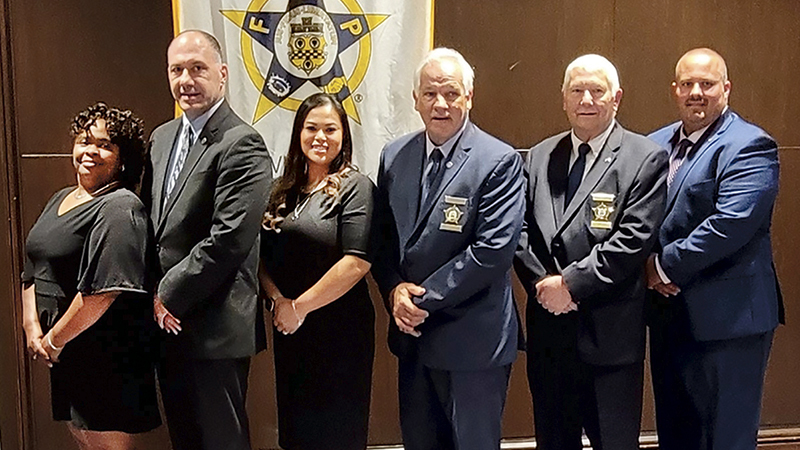 SUFFOLK, VA – Vonda Kaye Sessoms, a resident of Ahoskie, was recently elected, as the first African American female, to the position of Sergeant at Arms for the Fraternal Order of Police of Virginia on Aug. 12 at the 36th Biennial Virginia State Conference in Norfolk, VA.

She is the daughter of Loretta S. Jones of Ahoskie and Earl Slade, Jr. of Hampton, VA.

Sessoms began her career in 1994 as a Certified Correctional Officer with the Virginia Department of Corrections (DOC), Greensville Correctional Center, which was one of the largest Correctional Institutions at that time in Virginia.

Among her many assignments and responsibilities, Sessoms served on the Death Row and Execution Team in addition to Certified Correctional Officer at the Greensville Correctional Center.

In 2003, she was promoted to Probation and Parole in Franklin, VA. Sessoms attended the Academy for Staff Development Training and was certified as a Facilitator/Trainer to facilitate – Thinking for a Change for DOC.

Sessoms accomplished a myriad of high points in her 27-year career with the Virginia Department of Corrections. A few high points include:

In 2006 she was able to assist North Carolina authorities with the investigation of a double homicide which occurred in North Carolina. With that being said, the North Carolina General Assembly revised their fingerprint practices.

In 2014 she received the Probation and Parole Director’s Award for Franklin District #42.

In 2015, a North Carolina law enforcement supervisor called Sessoms and advised that a probationer on her case load had established a meth lab in Southampton County. Subsequently, the probationer was arrested at the Franklin Probation and Parole Office.

In 2016 she contributed to the coordination of the district #42’s audit.

In 2021, for the first time in her career, she had to go to a probationer’s home and make an arrest with the assistance of the Southampton County Sheriff’s Office and Probation and Parole Officer Grant Knight.

Other accomplishments include: in 2011 Sessoms joined the Robert A. Hill, Sr. Lodge #56, City of Franklin and Southampton County Virginia. She was elected to the position of secretary in 2012 and served until February 2022.

In 2016 she graduated from the University of Cincinnati with a Masters degree in Criminal Justice.

She joined the National Association for Alcoholism and Drug Abuse Counselors in 2019 and became a Qualified Mental Health Professional (Adults).

Sessoms retired July 1, 2021 as a Probation and Parole Officer.

On July 26, 2020 she was employed as a Behavioral Counselor with the Detox Unit of the Bon – Secours Southampton Medical Center in Franklin, VA.

Sessoms has served in many positions in the community and is extremely ecstatic with the direction, caring and inclusivity of the Fraternal Order of Police of Virginia.