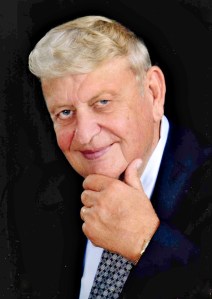 Mr. Perry was born in Chowan County on March 7, 1938, and was the son of the late Conroy Alvis and Catherine Hofler Perry. In addition to his parents, he was preceded in death by an infant son; by a grandson, Troy Lee Parks; and by his sister and her husband, Alvis and Burwell Winslow.

An agribusiness owner with offices in Hobbsville, Tyner, Edenton and Weeksville, his companies included C.A. Perry & Son, C.A. Perry & Son Transit and Chowan Farms, and a partnership in Tarheel Cotton Company of Merry Hill. His employees were like family to him and he appreciated their loyalty and hard work through the years.

A graduate of Chowan High School, he was a lifelong member of Warwick Baptist Church, the Sunbury Investment Club, had served on the Board of Directors of the Edenton branch of Peoples Bank (now PNC), and was an Honorary Board Member of the Center Hill-Crossroads Fire Department.

Graveside services will be held Sunday, August 28 at 2:00 p.m. on the family plot at Warwick Baptist Church and will be conducted by The Reverend Kip Vinson. Friends are invited to join the family for a reception at Bud’s “get away”, The Dam House, immediately following the service. At all other times they will be accepting visits at the residence.

Flowers are welcomed, or contributions in his memory may be made to the Center Hill-Crossroads Fire Department, P.O. Box 185, Tyner, NC 27980.

Miller Funeral Home & Crematory, 735 Virginia Road, Edenton, is assisting the family with arrangements, and online condolences may be made by visiting www.millerfhc.com.