GATESVILLE – A local woman faces multiple felony charges, to include possession of a gun on school property, following her recent arrest. 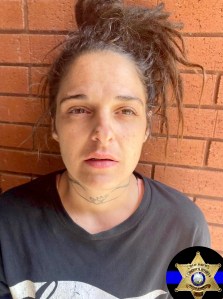 Campbell added that Worthington was a suspect in a case involving a July 18 report of larceny from the Gates County ABC Store located on NC 32 between Sunbury and Corapeake.

After making contact with the subjects in the vehicle parked at the high school, the deputy positively identified Worthington and took her into custody.

Additionally, Worthington was charged with possession of a weapon on school grounds, resist/delay/obstruct, and providing fictitious information to an officer, as well as several other misdemeanors and infractions.

Worthington was placed under a $25,000 secured bond and was scheduled to be in Gates County District Court for a first appearance on Monday of this week.