JACKSON – An old criminal case has resulted in an arrest. 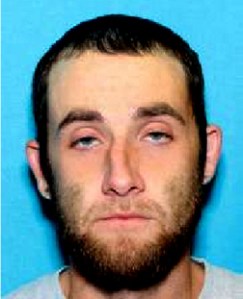 The Northampton County Sheriff’s Office reports that 33-year-old Jacob Davis of Garysburg was served with an outstanding arrest warrant on Aug. 11.

NCSO Lt. A. Collier served the warrant, which charged Davis with larceny of motor vehicle parts, possession of stolen goods, and injury to personal property.

These warrants stem from an investigation that began on March 20 of last year that involved an unknown individual at that time cutting and removing a catalytic converter from a church van.

Upon investigation, Lt. Collier was able to develop evidence leading to the identification and arrest of Davis for this incident.

Davis was detained under a $4,000 secured bond. He was scheduled to appear in Northampton County Criminal District Court on Thursday of this week to answer the charges.