GREENVILLE – An arrest has been made in a July shooting that claimed the life of a 21-year-old man. 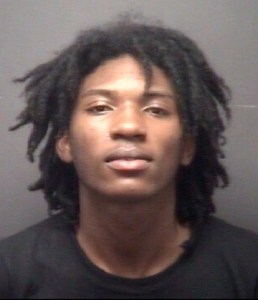 Khalil Desean Smallwood, 19, of Windsor, was taken into custody, without incident, Thursday evening after turning himself over to the Greenville Police Department’s Violent Criminal Apprehension Team.

Smallwood is charged with an open count of murder in connection to the shooting death of Travis Johnson, of Williamston. That shooting occurred July 19 in an apartment on Bostic Drive in Greenville.

The Greenville Police also reported that Smallwood, once in custody, was served an arrest warrant that was pending from Williamston on the charge of possession of a weapon of mass destruction.

Smallwood is currently held without bold in the Pitt County Detention Center. He is scheduled to appear in Pitt County Criminal District Court on Aug. 24 for the murder charge.