AHOSKIE – An Ahoskie man was arrested Monday on felony drug charges following the execution of a drug warrant. 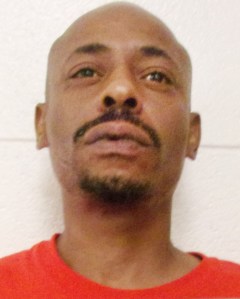 Evans was given a $100,000 secured bond, which was posted. He made his first court appearance on Tuesday.

Hayes said 1,800 grams (3.9 pounds) of marijuana and 364 grams (0.8 pounds) of cocaine were seized from Evans’s home on North McGlohon Street in Ahoskie. A handgun was also seized, according to the Sheriff.

“I would like to thank the men and women of the Hertford County Sheriff’s Office, Ahoskie Police Department, Down East Drug Task Force, Bertie County Sheriff’s Office, and North Carolina ALE for their assistance with this case,” Hayes stated. “Communication and information sharing is very important in the successful operation of these criminal cases.

“The drug dealers are not bound by borders, they are in every city and county so we must have information sharing to be successful in suppressing the drugs and drug dealers in our communities,” Hayes added.