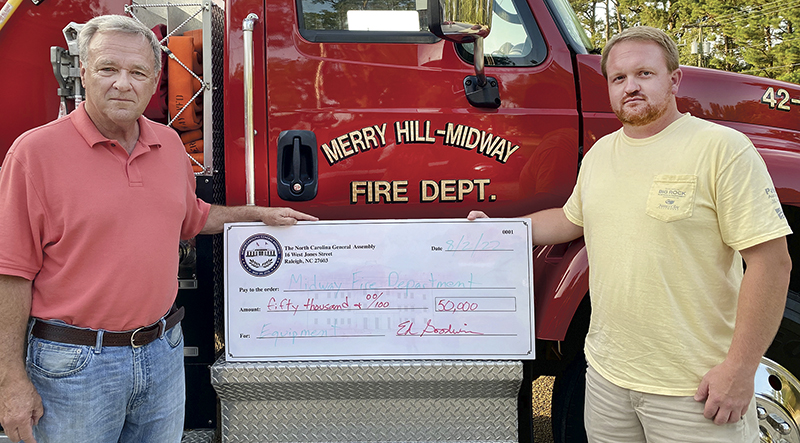 MERRY HILL – It’s not everyday that a volunteer fire department receives a check for $50,000.

Goodwin stated that this money is money that can be spent to directly save lives.

“The money given to Merry Hill / Midway VFD will go towards an addition to our station,” Sary said. “We have outgrew our station.”

Sary added that after the station addition is finished, the department would like to add another pumper/tanker to their fleet of fire-fighting equipment.

“We would love to build a station that can accommodate our growing corner of the county,” Sary said. “We hope to have talks with the county about an EMS unit located here as well as one of the boats owned by the Sheriff’s department. These are things that are needed in our corner of the county, but we need space to store them.

“We cannot thank Representative Goodwin as well as the NC General Assembly enough for thinking of us when this money became available,” Sary added.