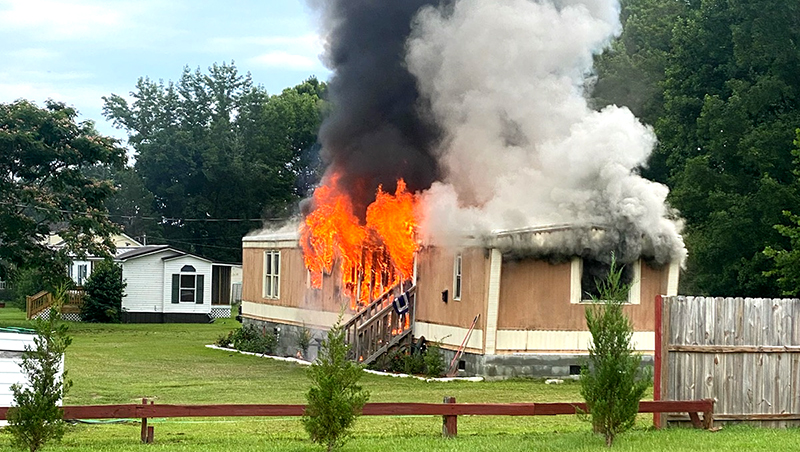 Fire erupts in the middle portion of this single-wide mobile home on Friday morning in the Mapleton community. Contributed Photo

The dwelling, a single-wide mobile home, was located at 119 Harewood Road in the Mapleton community. The blaze was reported at 8:43 a.m.

“They had already left for work when the fire occurred,” Revelle said.

He added that the home was fully engulfed in flames upon the arrival of the first unit.

“We feel like the fire originated in the living room, but we aren’t sure of that due to the amount of damage,” Revelle said.

Revelle said there were approximately 10 units and 20-to-25 firefighters on the scene. He was the last to leave, checking out at 10:30 a.m.

“I’ve contacted the Red Cross to help these folks…they lost everything they had except the clothes they wore to work,” Revelle said.