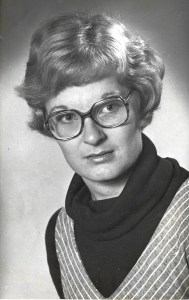 Terry was born on August 21, 1953 in Fayetteville, NC to Ernest Junior and Jennie Walters Venable. She graduated from Ahoskie High School in 1971 and distinguished herself as a member of the National Honor Society, the Beta Club, and the yearbook and newspaper staff. She began her university journey at Presbyterian College in Clinton, SC and transferred the next year to East Carolina University, where she graduated in 1975 with a Bachelor of Science degree in Speech Language and Auditory Pathology.

On June 17, 1978, Terry married David Mills Rose at a private service in her parents’ home in Ahoskie, NC. They moved to Henderson, NC, where Terry worked for several years as a speech pathologist in the Vance County public school system. She also served as a grief counselor for Duke Hospital, co-authored a handbook for parents of children with cancer and coordinated fundraisers for The Children’s Miracle Network. Later, she worked as an administrator for Rose Oil Company and then as a stay-at-home mother for her two children, Allison and David Bransford. Terry and David retired together to Waynesville, NC in 2004.

After retiring, she spent several years volunteering for St. Andrew’s Episcopal Church, where she organized mystery dinner theater fundraisers; served as a vestry member, Senior Warden, and church secretary; assisted with the St. Andrew’s Table at the Community Kitchen; and helped establish the Hope for the Future Fund for the betterment of the church. Terry was a skilled administrator and organizer who was known for her fierce integrity and razor-sharp sarcasm. When she felt strongly about a course of action, she coordinated, argued, and fought tooth and nail to see that course through to the end. She was an avid reader, devouring dozens of mystery novels every year, and spent her free time cross-stitching pictures for her children and crafting artistic pages in her bullet journals. True crime shows and British mystery television made up her favorite programs, and she often bested her husband and children in games of “Wheel of Fortune” and “Jeopardy.” But her greatest love outside of her family and friends was Walt Disney World in Florida and the many trips she was able to make with those she loved the most. A Disney trip was never complete without a visit to Pirates of the Caribbean, The Haunted Mansion, and the Columbia Harbour House for a tuna sandwich and people-watching.

Terry was preceded in death by her father, Ernest; her brother, William; and her daughter, Elizabeth.

In lieu of flowers, memorial contributions should be sent to the Hope for the Future Fund of St. Andrew’s Episcopal Church, at P.O. Box 947, Canton, NC 28716.

The care of Mrs. Rose has been entrusted to Wells Funeral Homes of Canton and an online memorial register is available at “Obituaries” at www.wellsfuneralhome.com