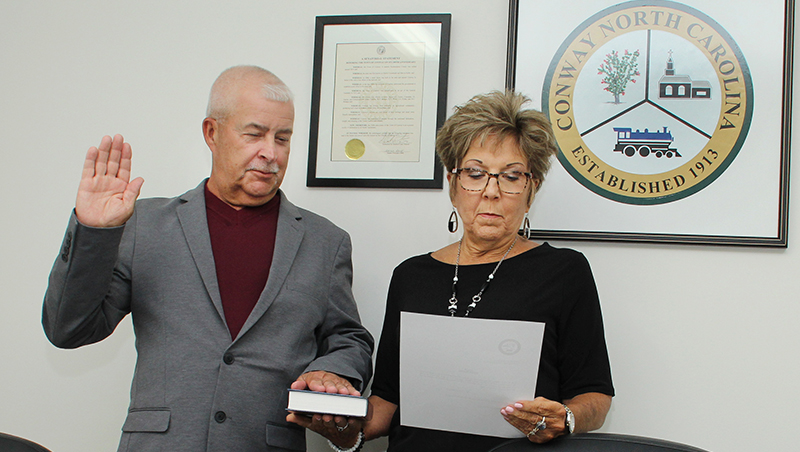 CONWAY – Municipal government in the Town of Conway welcomed a new leader on Monday, July 11 as Walter Lee Duke Jr. was sworn-in as Mayor.

Duke, a three-term Town of Conway Commissioner, was selected by his peers to fill the remaining term of office of the late Tommy Barrett, who served as the town’s Mayor from 2015 until his death last month. 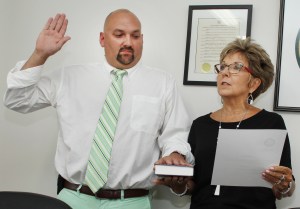 Also at Monday’s meeting held at the Town Hall, Jonathan Martin took the oath of office as a Conway Commissioner. Martin is a local businessman who also serves as a member of the Conway Fire Department. He was the choice to fill Duke’s seat on the Commission.