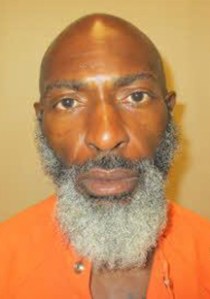 Dwight Davis, age 48, was developed as a suspect upon investigation of the break-ins and thefts. That investigation was conducted by Sgt. L. Baker and Lt. A. Collier of the Northampton Sheriff’s Office, Officer K. Simmons of the Jackson Police Department, and Officer T. Boone with Probation / Parole.

Northampton Sheriff Jack Smith said his deputies responded on consecutive days (June 26 and 27) to reports of breaking and entering at a hunting club and a residence, both located outside Rich Square.

Additionally, Davis was charged with two counts of breaking & entering, one count of injury to real property, and misdemeanor larceny by the Jackson Police Department for a crime that occurred on June 23. The secured bond for that criminal case was set at $2,000.

Davis is scheduled to make an appearance on Aug. 4 in Northampton County Criminal District Court.

“I am thankful that officers from both agencies were able to work together to apprehend the subject involved in these breaking and entering’s,” Sheriff Smith stated.