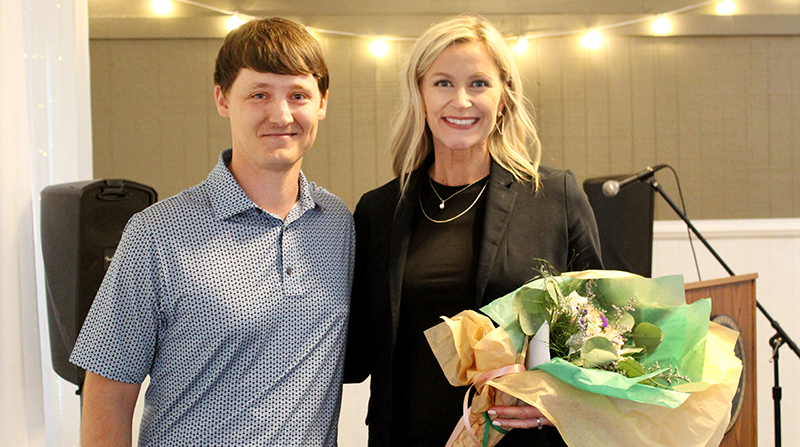 MURFREESBORO – Business owners, leaders, and supporters gathered for the 68th annual Murfreesboro Chamber of Commerce banquet held here on May 26.

“Even with COVID and economic downturns, it seems like Murfreesboro is doing much better than a lot of other places,” said Chamber Director Daryl Williams as he greeted the crowd.

This is the first time the Chamber has held the event since the beginning of the pandemic. As such, Williams said they decided to be a little less formal this year. That included bringing in a variety of appetizers from local restaurants for attendees to enjoy, and not hosting a guest speaker to headline the event. 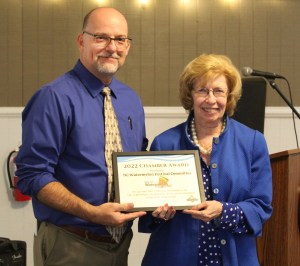 Instead, Williams gave the floor to several local leaders to provide updates about what’s going on in the town and the county and how they can offer support to small businesses.

“The Town of Murfreesboro is making progress into the future,” said Mayor Hal Thomas during his remarks.

He summarized a couple of ongoing projects the Town Council have been working on, ranging from infrastructure to Main Street revitalization. He noted that supply chain issues have caused some delays to sewer and water improvements, but they’re still slowly moving forward.

The town received a $150,000 grant from the state last year to be used for revitalization projects on Main Street. Of those funds so far, the town has already approved purchasing a new welcome sign and Christmas decorations, purchasing cameras for certain intersections, and distributing façade grants to Main Street businesses for building improvements.

Dr. Kirk Peterson, President of Chowan University, recapped recent highlights from the school year, including learning through the pandemic and the success of several athletic teams. He also noted the university was able to raise over $285,000 during their “Day of Giving” in April.

The biggest news from Peterson, however, was a project to construct a 5,000 square foot chapel on campus, which when completed will be able to seat over 200 people. Work is scheduled to begin in October, and their goal is to fundraise enough to make the construction “debt-free.” They’re already three-quarters of the way towards that goal.

“We’re proud of the work that we do,” Wright stated, emphasizing that the state does not categorize the district as “low performing.”

He detailed district-wide initiatives, such as Opportunity Culture and “GROWL” (Grow, Restore, Overcome, Win, and Learn), to improve experiences for both students and teachers.

Kelly Bowers, who serves as Hertford County’s Economic Developer, spoke about efforts to move forward with housing developments, broadband partnerships, and more. But she also emphasized the goal of maintaining the area’s rural atmosphere too. 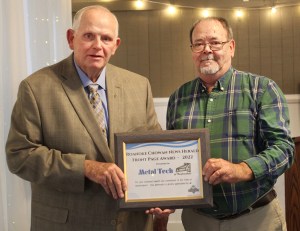 “The people here and the community is what’s making this place successful,” she acknowledged. “Murfreesboro is such a wonderful Main Street community.”

“We’re one of the best-kept secrets,” he said while encouraging business owners to check out the resources they have to offer.

The center, for example, provides webinars in different subjects to help people learn how to make their business thrive. Armstead said they are planning a return to conducting those classes in-person soon.

Armstead concluded his comments by reminding the attendees that you never know if you can succeed if you don’t try.

The event wrapped up with a short awards presentation.

Sara Crowder, outgoing president of the Chamber Board of Directors, was also recognized with the Past President’s Award for her service in the role since 2019. Incoming Chamber president Cliff Forbes made that presentation.