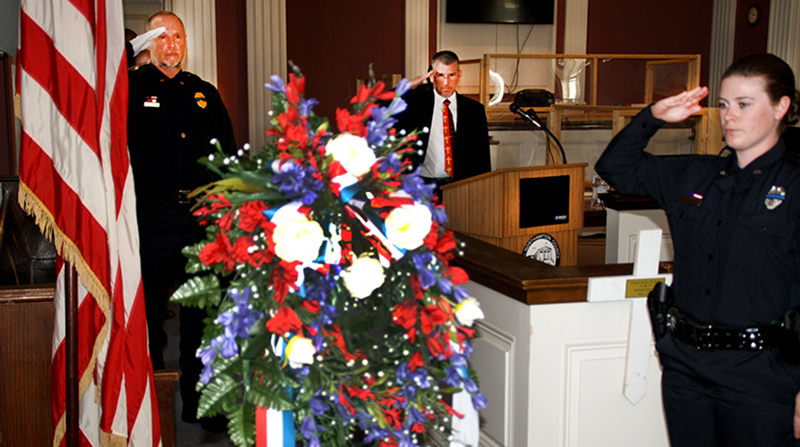 In the superior courtroom on the second floor, family and friends gathered to celebrate the lives of officers killed in the line of duty across the nation and in North Carolina. 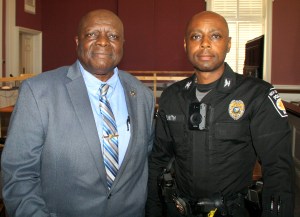 “Every year, we do this to remember and honor these fallen officers,” said Terry during his presentation.

In the past year, there were 623 fallen officers in the country. Twenty-six of those deaths were officers of the state of North Carolina.

“One is too many… a great percentage of these are [officers] being shot and stabbed,” said Northampton County Sheriff Jack Smith.

During his speech as guest speaker of the service, Sheriff Smith spoke about the importance of having respect for one another within the community.

“It doesn’t cost one penny to be nice to people…Show some respect, and some love. A little courtesy,” said Smith.

Along the courtroom bench rested medium white crosses with the names of fallen officers. Before concluding the memorial service, current law enforcement placed a medal badge of honor in front of each cross in memory of the lives lost.

A red, white, and blue wreath stood in front of the room as the final presentation of the service, honoring the lives and service of the fallen officers.

“When you leave home, the way things are today, you don’t know if you’re going to get back. We thank them and never forget that. What they do everyday is extremely important,” said Sheriff Smith.