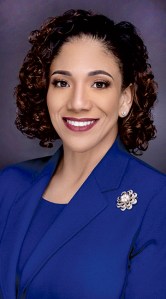 Scott advances to November’s General Election where she faces no Republican opposition.

“It is an honor and a privilege to be elected by the people, and I promise not to forget that I am here to serve the people,” Scott said on Wednesday in a post on her campaign’s Facebook page.

“I am humbled at the opportunity to serve as your next elected District Attorney,” Scott added in her post. “I am more than grateful and appreciative for the outpouring of support and encouragement throughout this campaign. Please know that acts of kindness can never be too big or too small, and I don’t take them for granted and they don’t go unnoticed.”

Even the One-Stop early voting was close with Scott holding a 3,974-3,677 advantage.

Scott has worked as an Assistant District Attorney in Asbell’s office for the past 14 years.

“The information shared from your District Attorney may not always be what people want to hear, but it should always be honest and transparent,” Scott added in her Facebook post. “I owe no favors and have no axes to grind, and I come to the table ready to serve the citizens of this great district in an ethical manner. I promise that cases will never be prosecuted on anything other than the facts and evidence in the case. Race, financial status, political connections, who a defendant’s attorney is, or if they can even afford an attorney, will never be a consideration for how cases will be handled under my administration.”