POTECASI – One arrest has been made in the wake of at least six residential fires reported in the Potecasi area over a 28-day period. 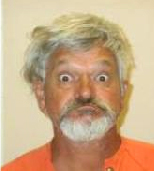 Those arrest warrants were served Friday, May 13 by the Hertford County Sheriff’s Office.

Northampton deputies responded to structure fires on five different dates, the earliest coming on April 13 and the last one on May 12. One of the homes was torched twice, according to the Sheriff’s Office. None of the homes were occupied.

Four of the damaged residences were mobile homes. Some were completely burned down.

An investigation by NCSO Sgt. Ashley Leitner Collier and Sgt. William Killian developed Lassiter as a suspect and warrants were obtained for his arrest.

Lassiter was held under a $20,000 secured bond. He is scheduled to make his first appearance in Northampton County Criminal District Court on Tuesday, May 17.

Northampton Sheriff Jack Smith stated that he is thankful that no one was inside these homes at the time of the fires. He stated that he would like to commend Sgt. Collier and Sgt. Killian for their “outstanding job with this investigation and arrest of this subject. We would like to thank Woodland Fire Department and Lasker Fire Department for their assistance and response to these fires.”