AHOSKIE – Ahoskie Police are searching for an individual wanted for first degree murder. 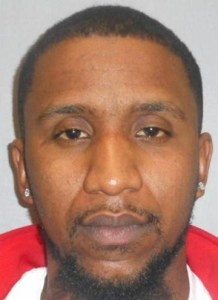 Police Chief Jimmy Asbell said they have arrest warrants drawn for 31-year-old Clarence Andre Tann Jr. He is wanted for the murder of 25-year-old Dequan Perry of Ahoskie.

Asbell said that his officers responded at 12:35 a.m. Saturday to the Ahoskie Inn for a report of a person that had been shot. Upon the officers arrival, they located a male victim outside of the motel who was suffering from apparent gunshot wounds. Hertford County EMS responded and transported the victim to Vidant Roanoke-Chowan Hospital where he was pronounced deceased.

Anyone who has information on Tann’s whereabouts, or information regarding the investigation, is encouraged to contact the Ahoskie Police Department at 252-332-5011.