UNIVERSITY PARK, MD – William Howard Jones was born on May 25, 1946 and passed away peacefully at his home in University Park, Maryland on April 28, 2022.

Howard was born to Tupper W. and Pearlene C. Robbins Jones in Cofield, North Carolina. He grew up and worked on the family farm and in his family’s store, T.W. Jones General Merchandise in Cofield. While at the store he repaired radios. 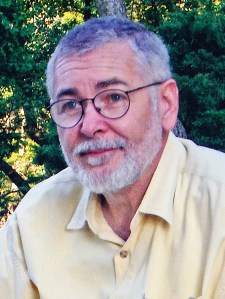 Awarded with a Danforth Fellowship, Howard took a four-year sabbatical from UDC to pursue doctoral studies at Stanford University in 1977. Having taken a television repair course, he also worked at a television store in Palo Alto in its repair department, and was proud of his ability to build and repair all sorts of things.

Howard married Berhan Kahsay of Ethiopia on January 12, 1989, and they made a happy and loving life together in Washington, D.C. and University Park, Maryland.

Howard was a man of character, who was known not only for his bright intelligence, but even more for his kindness, quick wit and fairness. Always willing to lend a helping hand, he was constant in his loyalty and devotion to his loved ones and friends.

We are all blessed and grateful to have had Howard as husband, brother, uncle, cousin and friend.

Funeral services were held on Thursday, May 5, 2022 at Collins Funeral Home, 500 University Boulevard West, Silver Spring, MD. In lieu of flowers, memorial contributions may be made to SOME (So Others May Eat), 71 O Street NW, Washington, D.C. 20001.