GATESVILLE – A Gates County man is being held without bond in the shooting death of his girlfriend. 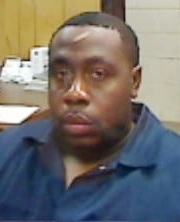 Wilson Te’Quon Williams, age 26, is charged with first degree murder and is being held in the Albemarle District Jail in Elizabeth City.

Gates County Sheriff Ray Campbell said his deputies responded at around 11 p.m. on Tuesday, May 3 to a welfare check on Shadae Roscoe in the 700 block of NC 37 South, Gatesville. Once on the scene, deputies found Roscoe unresponsive.

Upon further investigation, deputies found Roscoe was involved in a domestic-related incident with Williams, who had fled the scene prior to the arrival of the deputies.

During their investigation, it appeared that Roscoe suffered from an apparent gunshot wound. She was pronounced deceased on the scene by Gates County EMS.

The Gates County Sheriff’s Office issued a “be on the lookout” (BOLO) for Williams to surrounding North Carolina counties as well as in Virginia.

On Wednesday, May 4, Williams turned himself into the Gates County Sheriff’s Office.

Campbell told the Roanoke-Chowan News-Herald that Roscoe and Williams had been in a “relationship for multiple years. I don’t know if they lived together or not.”