Beulah was a dedicated mother, grandmother, great-grandmother, sister, aunt and great-aunt who found great joy in family gatherings. In addition to her gift of making everyone feel loved, Beulah had a memory like no other 77 year old. She never forgot birthdays (even those of the great grands and great nieces and nephews) and she enjoyed buying gifts. Need a phone number? Just pick up the phone and ask her for it and she would always reply “Wait and let me get it out of my head.” 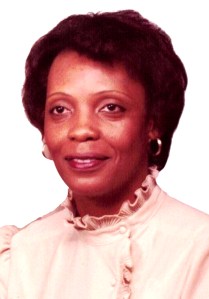 As the matriarch of the family, her desires for family gatherings served as the glue that held the family together. She had an infectious smile and many people were drawn to her soft and loving personality. Many referred to her as “Mama” and “Aunt Beulah.” She loved traveling and one of her favorite places to visit was Canada.

Beulah attended Hertford County Public Schools and graduated from Robert L. Vann High School. After high school, Beulah remained in Ahoskie for a short while. She was a homemaker, caring for not only her children, but helping with her nieces as well. As the years progressed, she moved to Hampton, Virginia where she worked several jobs, but eventually becoming a Certified Medical Assistant where she remained until her health failed.

She was preceded in death by her parents Clarence and Mary Harrell; two brothers, Clyde and Winston Harrell and grandson, Kenneth Sessoms, Jr.

A graveside memorial service will be held at 2:30 p.m. on Saturday, May 7, 2022 at Hampton Memorial Gardens, Hampton, VA. Cooke Bros. Funeral Chapel, Newport News, VA, is handling the arrangements.