MURFREESBORO – Larry McKinley Jenkins was born in Hertford County NC on June 28, 1953 to the late Victoria Freeman and McKinley Jenkins. He was strong and determined even in his last days as he retired and became physically disabled. 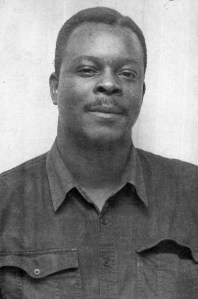 Larry graduated from Murfreesboro High School in 1971 and enlisted in the United States Air Force in August 1971. Larry was honorably discharged from the US Air Force on June 22, 1979. While in the USAF, he attended the University of Maryland and ITT Technical Institute of Phoenix where he studied Computer Electronics Engineering. He used these skills as an Electrical Specialist in the Air Force. He worked at Ahoskie Yarn as a mechanic and The News Herald as a supervisor in the early nineties.

Larry was a member of Nebo Baptist Church until his death on April 19, 2022. He enjoyed singing in the choir and fellowship with other members. He loved watching sci-fi movies, tennis games, and basketball. He had a passion for fashion. He was kindhearted and caring. He loved taking care of his family and making people laugh.

The family would like to thank Nebo Baptist Church for its love and support during this time. Also special thanks to all of the nurses and doctors who cared for Larry in his ongoing struggle these last few months, and thanks to everyone who supported and expressed their concern.

The funeral will be held on Saturday, April 30, 2022 at 11 a.m. at Nebo Baptist Church Family Life Center in Murfreesboro, NC. Burial will be in the church cemetery.