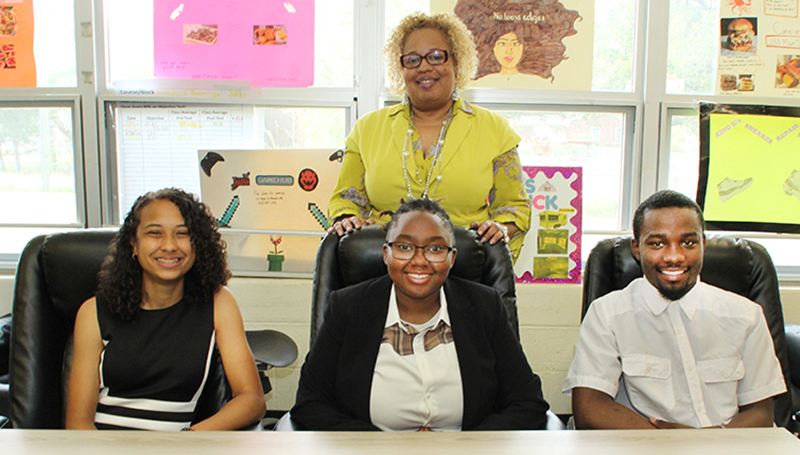 For proof, count the number of students (four) enrolled in the Virtual Enterprise (VE) class at C.S. Brown STEM High School, and then look at what they just accomplished.

VE class members Sarah Howard, Yasmine Nash, Christopher Langford, and Briannon Hall were invited to participate in the Global Innovation Challenge. That event paired VE class members with other students from across the world, to include Indonesia, Portugal, Brazil, and Bulgaria, as well as from California and Winton.

Members from 12 teams took part in weekly virtual meetings in an effort to solve a global challenge.

And the C.S. Brown STEM students not only participated at the global level, their projects were chosen among the best of the best. Howard’s team captured first place in the global event. Meanwhile, Langford and Wall were members of a team that placed fifth.

“Their presentations were phenomenal,” stated Daphne Lee, the instructor for the VE class at C.S. Brown STEM. 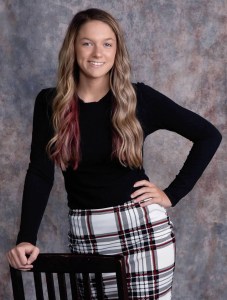 As their challenge, Howard and her international teammates chose global climate change and how natural disasters leave many of its victims homeless.

“Our solution was developing a program from where we would buy land at cheaper prices and then build homes there,” Howard said. “We then would have volunteers to teach job skills to the homeless, getting them employed in a six-month span. After they gain employment, they could pay a percentage of the rent for the next group of homeless people to live in the same homes. That makes the project sustainable, along with other grants to keep the program running.”

Langford and Wall and their international teammates devised an app to remind people daily to help protect the environment by picking up trash. Their team placed fifth in the worldwide competition.

Even though Nash and her team did not place in the event, their chosen project was unique in style. They opted to invent a trash can that automatically separates the waste into different recycling categories.

“You put your trash in one bin and it organizes itself,” Nash explained, adding that her team consisted of five members.

The worldwide competition consisted of over 100 students, thus creating a challenge of the various languages and time zones.

“I could understand some of what they were saying when we gathered for our virtual meetings, but there were times when we couldn’t communicate because of not understanding our different languages,” Nash noted. “It helped when there were videos showing the projects. Other times we used the chat feature to communicate.”

The challenge consisted of the teams meeting every Wednesday from Jan. 17 until April 7. For the C.S. Brown group, their meetings were between 11 a.m. and 12 noon.

The Design for Delight program, sponsored by Intuit, partnered with this global challenge.

“Design for Delight helps students think of creative ways to overcome challenges; they help students look towards the future rather than the challenges right in front of them,” Lee said.

“Our VE class students have since received an invitation to participate in the Design for Delight Certification Pilot Program,” Lee continued. “That’s their next step in the process and it costs them nothing. They will receive global certification in business and entrepreneurship.”

Lee stressed that’s a “pretty big deal” as mostly every global company builds their business plan through the Design for Delight program.

“Usually when a student places high in a competition such as this global challenge, Long Island University, which is part of VE, will sometimes offer them a full ride [scholarship],” Lee stated. “Then that leads to job offers down the road.”

The Pilot Program is already underway and ends with a Master Entrepreneurship certification test in May.

Two of the C.S. Brown VE students – Howard and Nash – already know a thing or two about entrepreneurship as they currently own their own company. Howard creates and sells custom made jewelry while Nash designs, prints, and sells t-shirts.

The VE program at C.S. Brown STEM has previously earned national recognition. In 2019, the class earned an all-expense paid trip to New York City to participate in the VE Youth Business Summit. They repeated that effort in 2020.

“We have small VE classes here at C.S. Brown, but we have come to expect big results from them,” Lee stressed. “Each class seems to set the bar higher every year.

“As a facilitator for VE, I see the potential before they come into my class; I’ve been watching them since they were freshmen,” Lee continued. “You have to know the strengths and weaknesses of each student, and develop their skill sets from that.

“I feel so honored to be their teacher. It gives me the opportunity to help them see their full potential and guide them into their future,” Lee concluded.